It was in 1966.  I was posted at the Fruit Research Station, Bagthan, which was also the native place of Dr. Y.S. Parmar.  He had a house, farm and a newly planted peach orchard there.  At the research station, popularly called “farm” by local people, there were 3-4 dilapidated make shift type of buildings which were being used as residence, office and veterinary hospital.  Besides me, there was a veterinary doctor, his stock assistant and full sub-division of HP PWD comprising of a Sub-Divisional Officer, three junior engineers, one clerk and a peon.  This group of six people was housed in a small hall that was originally constructed for being seed store for the “farm”. This group was managing all their activities, which also included the construction of a bridge on river Jalaal there, from this hall, with no office furniture at all.

The construction of road network in Himachal Pradesh had just begun.  Most roads were kuchcha and narrow.  The 20 km road that connected Bagthan with Nahan Shimla road at Banethi was not even properly finished.  It was only a fair weather road but still a passenger bus service connecting Bagthan and Nahan had been started. Otherwise only Jeeps of various government departments plied on it.  The PWD engineers required material for bridge they were constructing.  So on some days a PWD truck also used to come from Nahan. 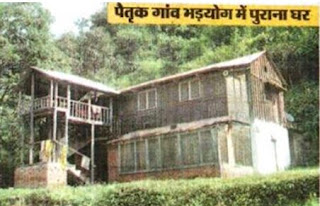 
Dr. Y.S. Parmar was quite attached to this place and enjoyed spending 2-3 nights in a month Bagthan.  This was his regular routine.  At that time (I have not visited Bagthan after 1974) his house used to be a very simple two storied building having 3 or 4 rooms with wooden floor.  People of today may find it difficult to believe, but the house had only one bed and only Mrs. Parmar slept on it.   All others including Dr. Parmar slept on floor. 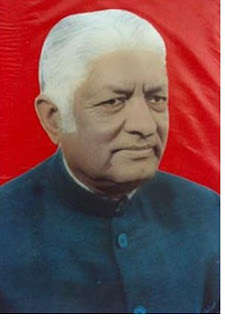 One day when Dr. Parmar was returning to Shimla. The local PWD truck was also going ahead.  Dr. Parmar’s station wagon was behind it.  The truck was running at its usual speed of 10-12 km per hour.  It was not possible drive faster than that on that kind of road.  It was a dry day and a lot of dust was being generated on the road by the truck.  So Dr. Parmar’s driver had been signaling the truck driver to get aside and allow some passage to them to overtake.  But that did not happen.  The truck driver did not move aside and continued throwing dust on Dr. Parmar’s vehicle.  After an arduous drive of one hour they reached Banethi where there was some wide place created to be used as a bus stop.  The truck sopped there.  Dr. Parmar, who was naturally irritated, called the driver and asked him that why he did not get aside.  The driver, Prithi Singh, probably a daily wager, replied that the self starter of his truck was out of order.  So it had to be manually pushed for starting the engine which was also not in good health.  So if had his truck engine stopped, it would not have started and that might have delayed him more.  It was an excuse. Dr. Parmar could sense it but just kept quiet. 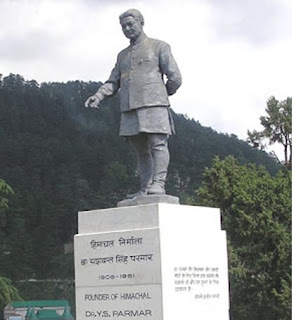 
The incident was brought to the knowledge of PWD people.  It became the topic of our evening gossip.  We asked Prithi Singh that why he did like that.  He replied that he had taken PANGAS with many sort of officers. It just struck his mind that this time let him take a PANGA with a chief minister and see what happens.  He was surprised that nothing happened.

Can it happen in India again with present day chief ministers?
Posted by Dr. Chiranjit Parmar at 11:09 AM